London, UK. 20th July, 2021. Glyn Secker of Jewish Voice for Labour reads a message of solidarity from film director Ken Loach at a protest lobby outside the Labour Party's headquarters by supporters of left-wing groups, including some suspended members. The lobby was organised to coincide with a Labour Party National Executive Committee meeting during which it was asked to proscribe four organisations, Resist, Labour Against the Witchhunt, Labour In Exile and Socialist Appeal, members of which could then be automatically expelled from the Labour Party. 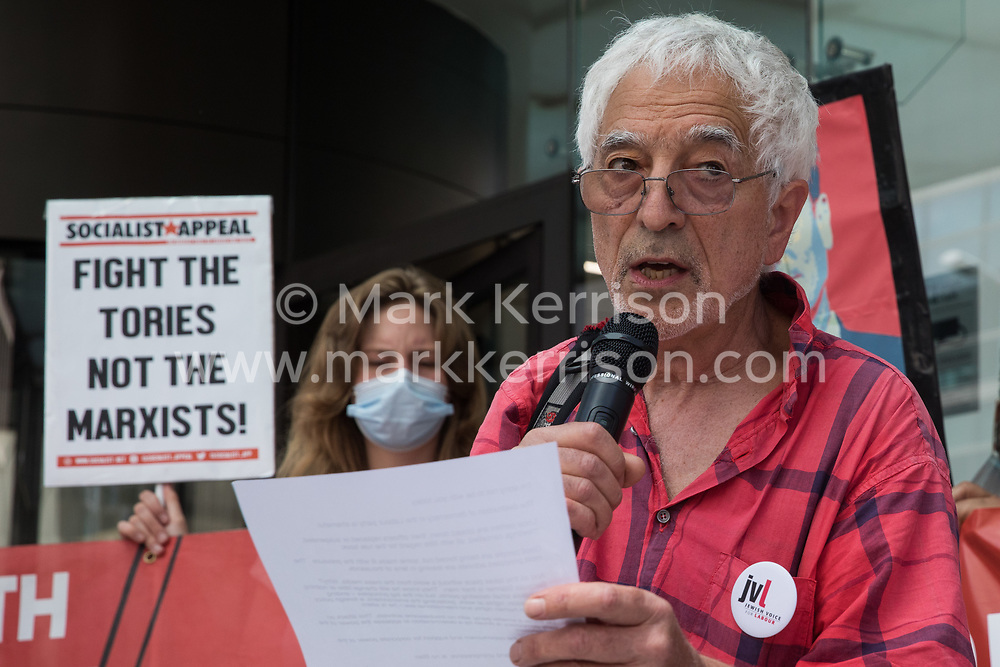