Unite members hold flags outside St Thomas' Hospital before a march by NHS staff to Downing Street to protest against the NHS Pay Review Body's recommendation of a 3% pay rise in England on 30th July 2021 in London, United Kingdom. The protest march was supported by Unite the union, which has called on incoming NHS England Chief Executive Amanda Pritchard to ensure that a NHS pay rise comes from new Treasury funds rather than existing NHS budgets and which is shortly expected to put a consultative ballot for industrial action to its members. 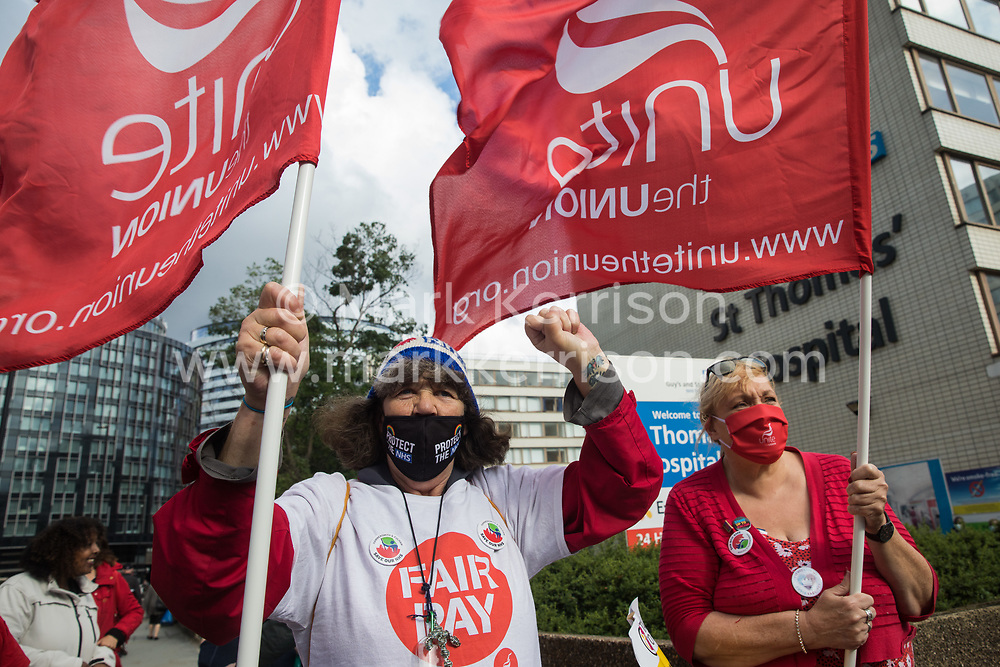