London, UK. 6 January, 2020. Verity Nevitt (c), co-founder of the Gemini Project, a non-profit organisation aiming to end sexual violence through advocacy and campaigns, leads supporters of the British teenager allegedly gang-raped by a group of male Israeli tourists in Cyprus on the March for Justice from the High Commission of Cyprus to Parliament Square. Campaigners have been calling on the Foreign Office to seek the expedition by Cyprus of the appeal process following her conviction for lying. The teenager’s treatment by the authorities in Cyprus following her traumatic experience has been widely criticised. 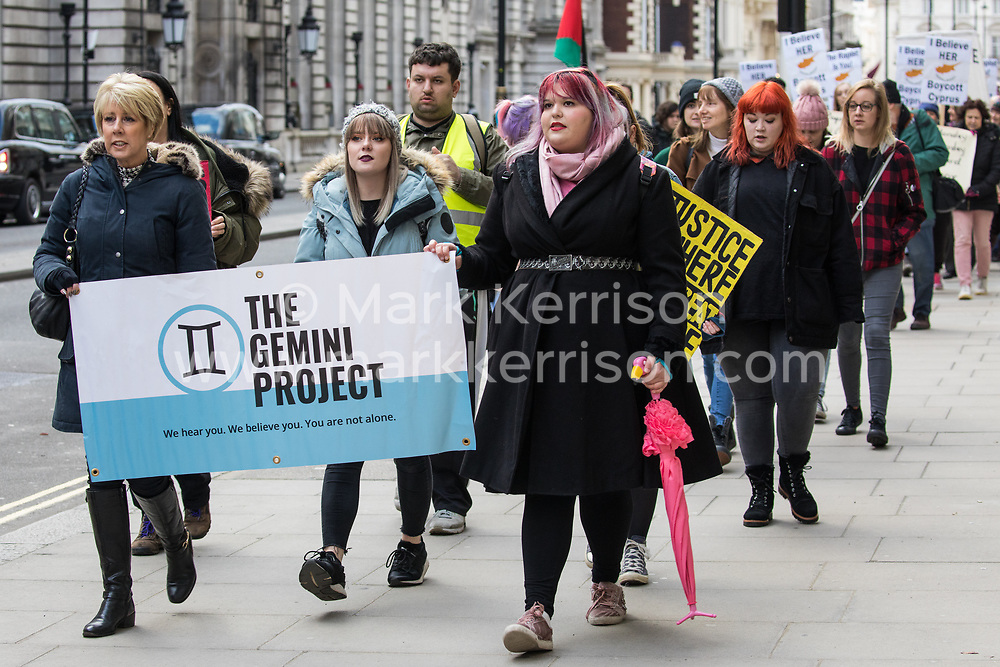