Hundreds of climate activists from groups including Extinction Rebellion and Insulate Britain march from the Royal Courts of Justice to Lambeth Bridge in solidarity with the nine Insulate Britain campaigners jailed three days previously by a High Court judge on 20th November 2021 in London, United Kingdom. The activists, who claim that the jailed activists are political prisoners, later blocked Lambeth Bridge for around 5 hours in breach of an injunction and Vauxhall Cross for around 3 hours. The Metropolitan Police made 124 arrests. 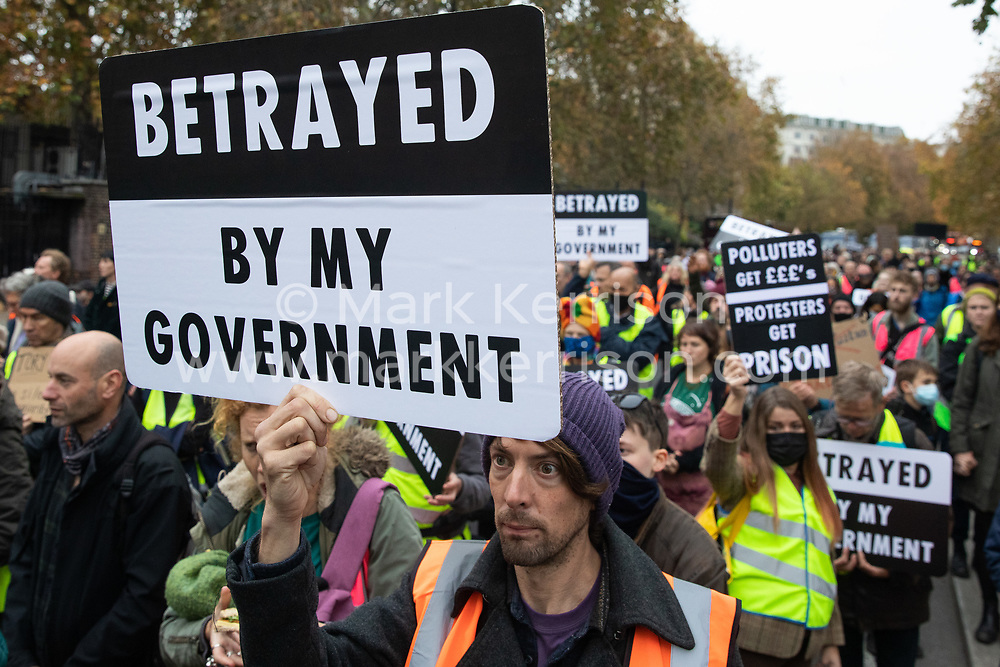