London, UK. 8 December, 2019. Climate activists from Extinction Rebellion, including one (c) on the 21st day of a hunger strike, stage a lie-in in front of a full-scale mock-up of a bulldozer outside Heathrow airport during a Bikes Against Bulldozers protest against Heathrow expansion and the greenwashing of climate commitments by political parties. The protest took the form of a Critical Mass bicycle ride from Hyde Park followed by the lie-in to which Boris Johnson and John McDonnell were invited in order to fulfil their pledge of lying down in front of bulldozers to be used for Heathrow expansion. 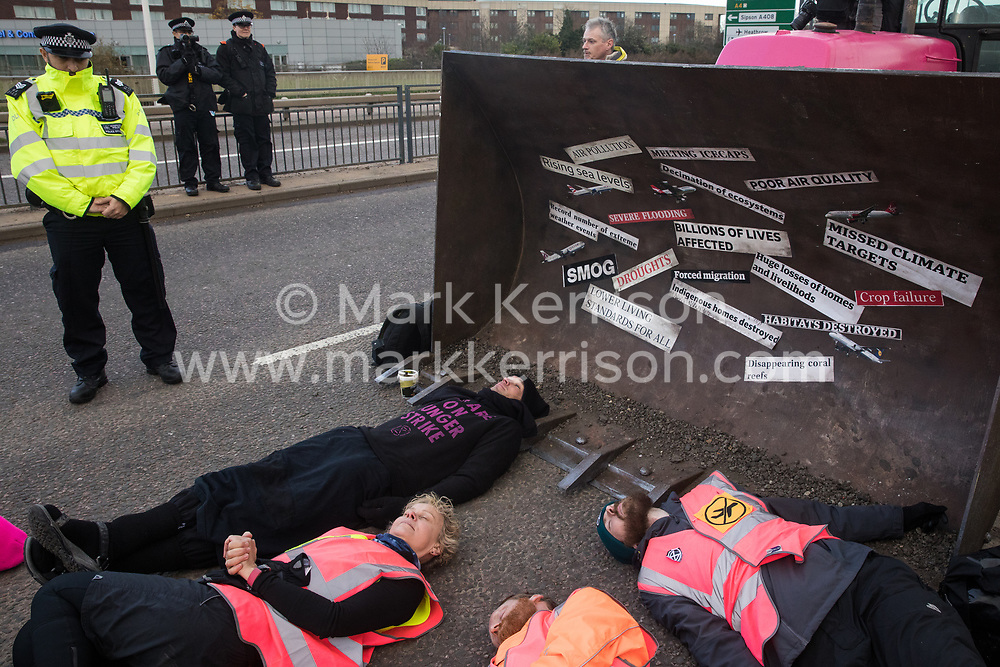