London, UK. 18 September, 2019. Lord Keen QC (r), Advocate General for Scotland, acting on behalf of the Government, leaves the Supreme Court at the end of the second day of a hearing to consider whether the Prime Minister broke the law by suspending Parliament in advance of Brexit Day. The purpose of the hearing is to adjudicate as to which of two court rulings should prevail, either a ruling by the High Court that the suspension of Parliament is a political decision to be made by the Prime Minister or a ruling by the Scottish courts that the Prime Minister’s actions in proroguing Parliament were unlawful. Credit: Mark Kerrison/Alamy Live News 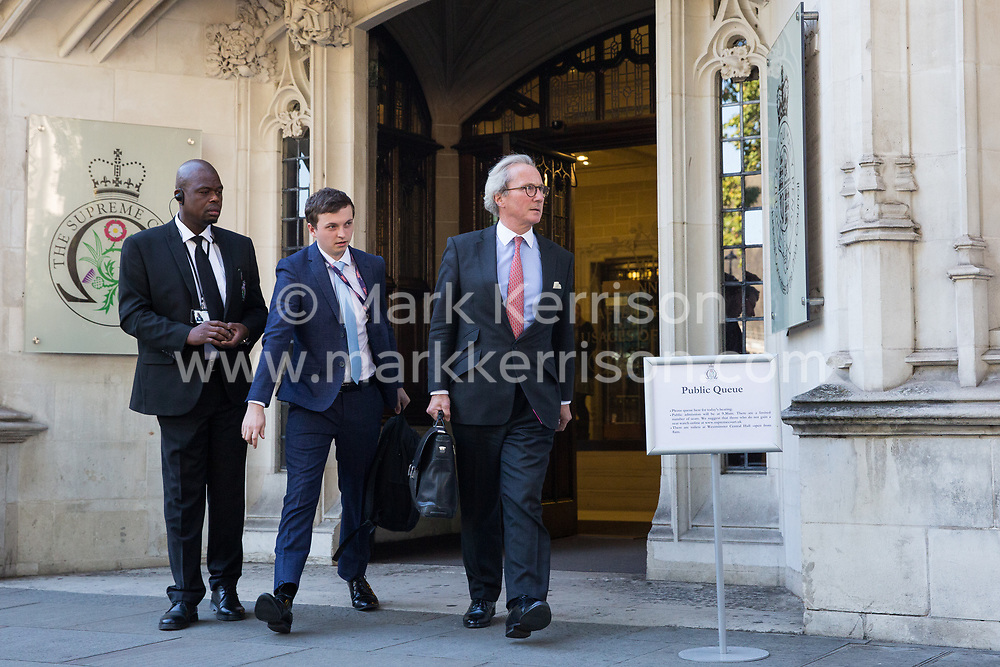