London, UK. 12 July, 2019. A speaker from Stand Up To Racism addresses members of the local community protesting in Poplar after Friday prayers close to the site where Younis Bentahar, aged 38, was violently arrested by Metropolitan Police officers on 10th July following a 5-stage warning. The incident, during which Mr Bentahar appeared to be having a seizure, has since been referred to the Metropolitan Police’s Central East Command Professional Standards Unit after a video of the arrest went viral on social media. Mr Bentahar was filmed being struck with handcuffs and pinned down by police officers after he had stopped on a single yellow line with a disabled badge displayed and ignored the five-stage warning. 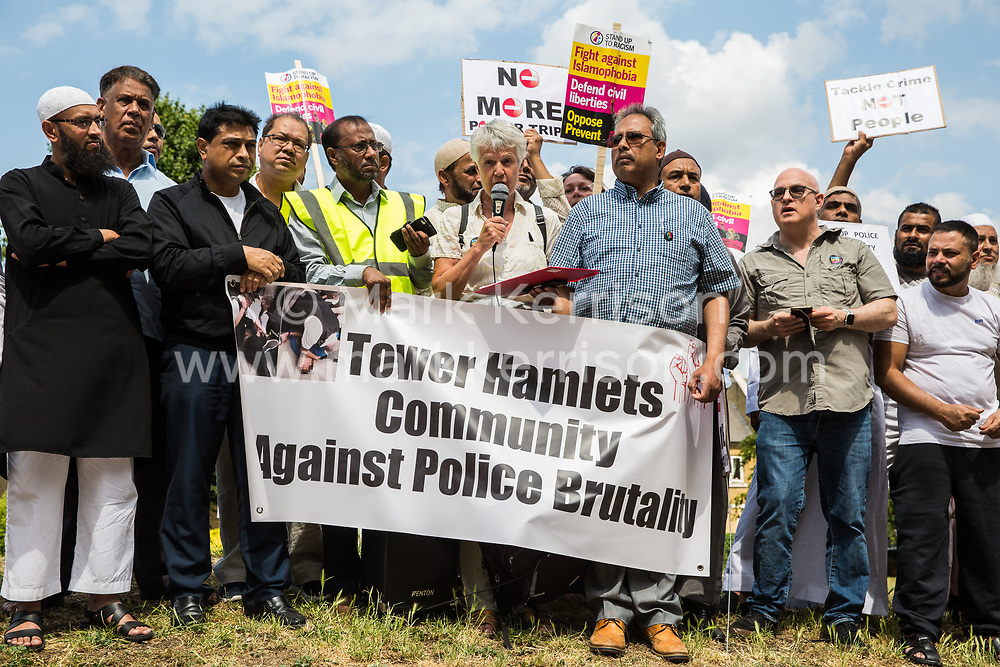