London, UK. 12 July, 2019. John Biggs, the Labour Mayor of Tower Hamlets, addresses a member of the local community (wearing the Big Man t-shirt) who criticised him during a protest close to the site where Youness Bentahar, aged 38, was violently arrested by Metropolitan Police officers on 10th July following a 5-stage warning. The incident, during which Mr Bentahar appeared to be having a seizure, has since been referred to the Metropolitan Police’s Central East Command Professional Standards Unit after a video of the arrest went viral on social media. Mr Bentahar was filmed being struck with handcuffs and pinned down by police officers after he had stopped on a single yellow line with a disabled badge displayed and ignored the five-stage warning. 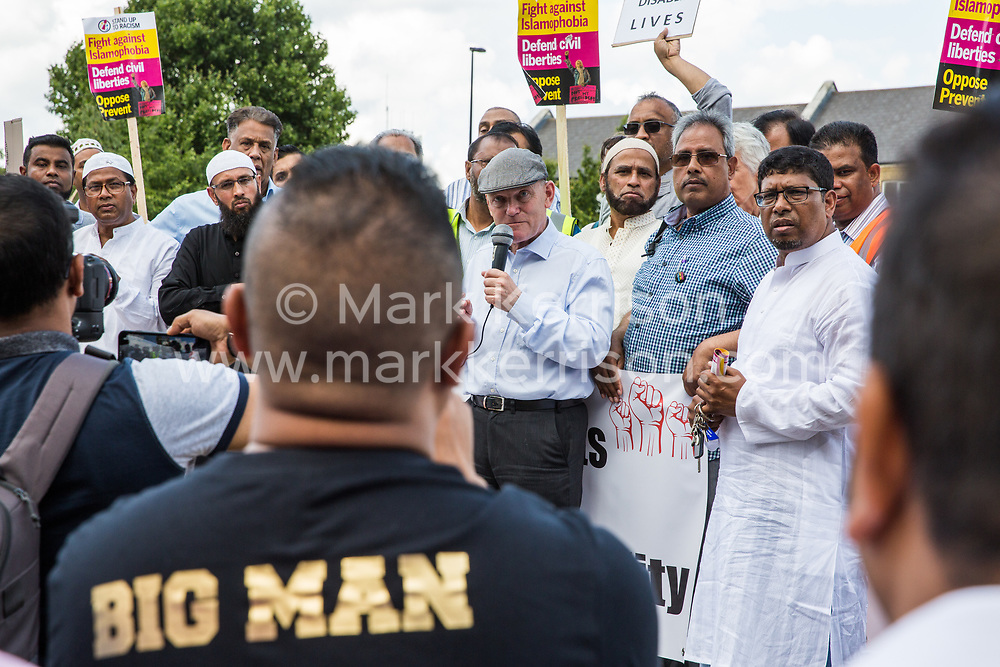