London, UK. 22 June, 2019. Campaigners from BAME Lawyers for Justice, comprised of Black Activists Rising Against Cuts (BARAC UK) and an umbrella of other race equality and Windrush justice groups, take part in a National Windrush Day of Action on Windrush Day to protest against the gross injustice, discrimination and misery suffered by people of the Windrush generation and their multi-generation families, as well as that experienced by people from other Commonwealth and former Commonwealth countries because of the Government’s ’hostile environment’ policies. Events in London included a rally opposite Downing Street and a march to Westminster Bridge for a mass banner drop. Similar events are taking place in at least six other cities around the UK. 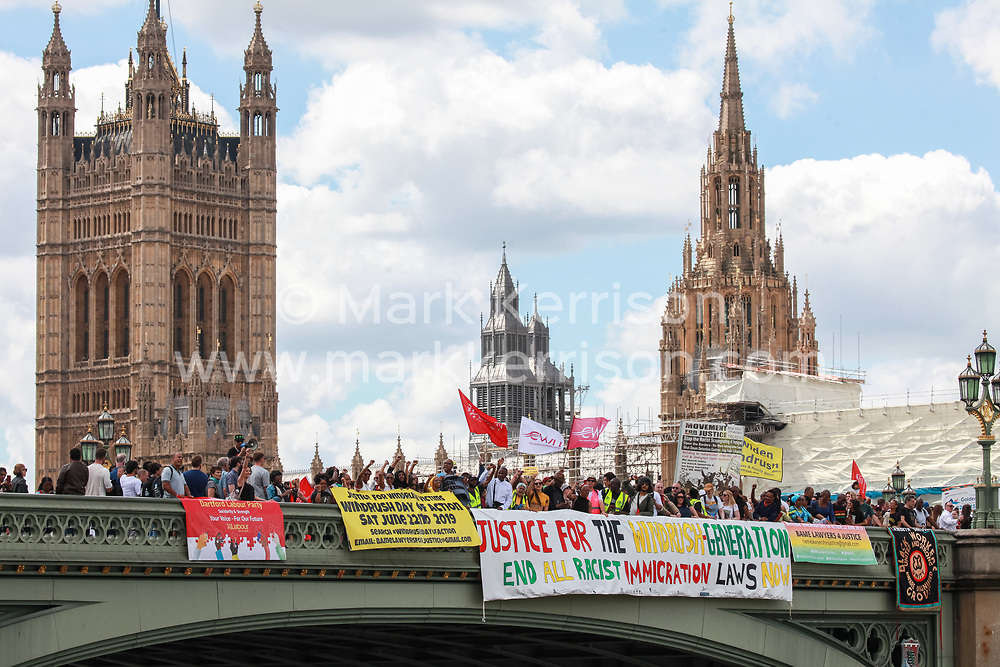