London, UK. 20th April 2019. Police officers remove Hanna, a seven-months pregnant climate change campaigner from Extinction Rebellion, who had locked herself to a fellow activist using an arm tube at Oxford Circus following a policing operation to clear it of protesters earlier in the day. The heart of London’s shopping district was blocked until late afternoon by lock-ons on the sixth day of International Rebellion activities to call on the British government to take urgent action to combat climate change. 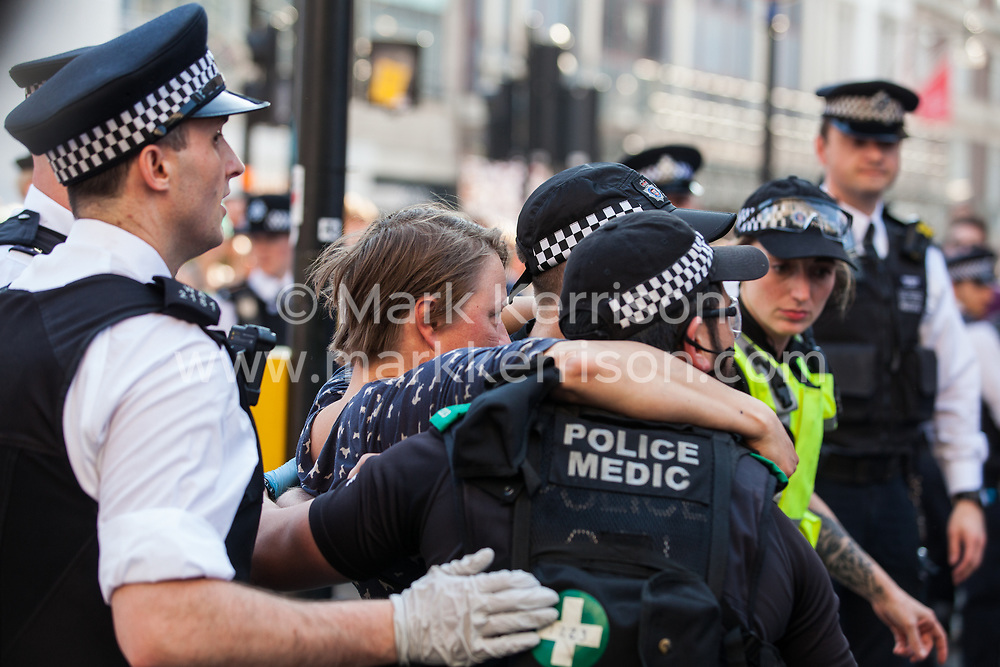