London, UK. 26th March, 2019. Kate Hudson, General Secretary of the Campaign for Nuclear Disarmament (CND) addresses human rights campaigners from several different groups including Stop The War Coalition and Campaign Against the Arms Trade protesting opposite Downing Street against British arms sales to Saudi Arabia used to wage a 4-year war in Yemen. According to charity Save The Children, an estimated 85,000 children under the age of five may have died from acute malnutrition since the war began in 2015 and 14 million Yemenis are believed to face the risk of famine; according to the United Nations, millions of citizens have been displaced, over 56,000 Yemenis have been killed and the country is facing the ‘world’s worst humanitarian crisis’. 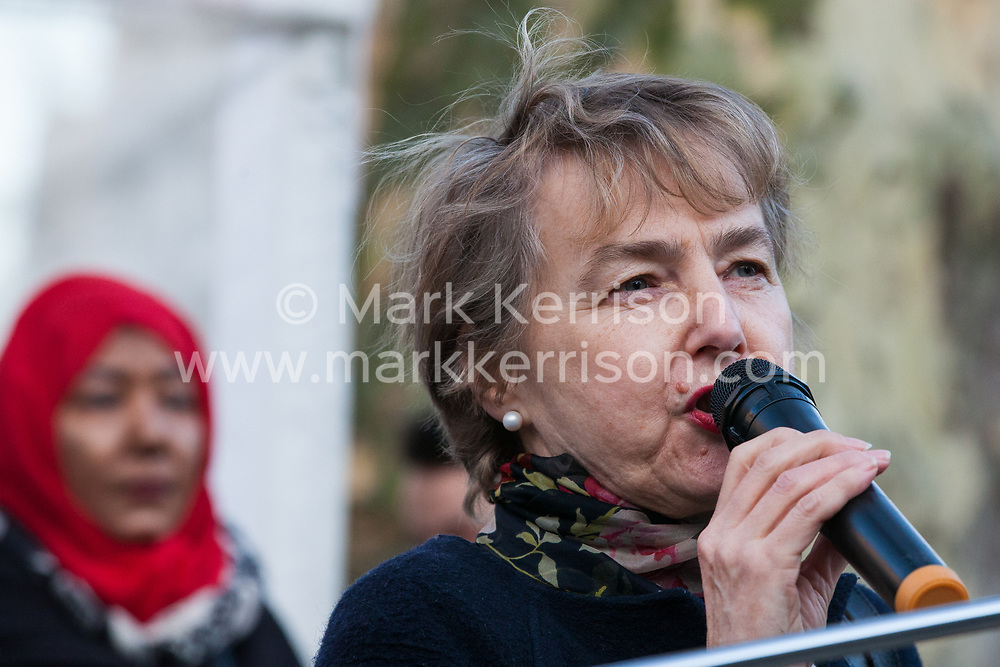