London, UK. 26th February, 2019. Bailiffs from the National Eviction Team evict residents of Grow Heathrow, a squatted eco-community founded in 2010 on a previously derelict site close to Heathrow airport in protest against government plans for a third runway. The community has since developed an extensive garden and is acknowledged to have made a significant educational and spiritual contribution to life in the Heathrow villages which are threatened by airport expansion. Bailiffs have almost secured the front section of the site, owned by Imran Malik, removing several protesters locked on in towers above the camp, but four protesters are believed to remain in a tunnel beneath that area. Many more protesters remain on the rear portion of the site. Five legal challenges to the government's approval of a 3rd runway at Heathrow will proceed to judicial review at the Royal Courts of Justice on 10th March. 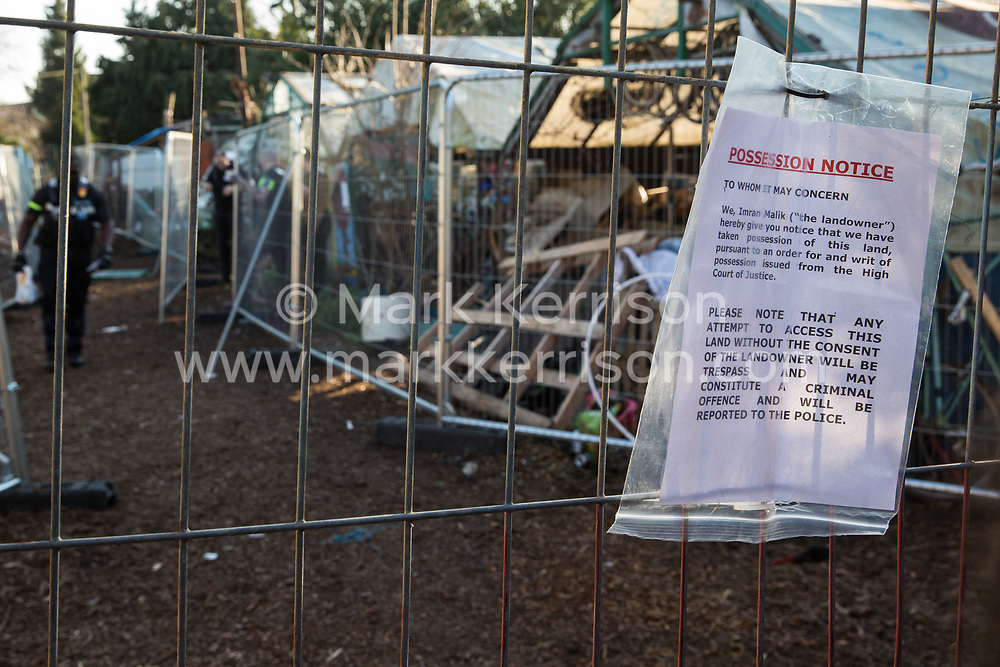