London, UK. 19th January, 2019. Two people pay their respects in front of tributes to Paweł Adamowicz outside the Polish embassy, the Mayor of Gdansk who died on Monday after having been fatally stabbed the previous evening at a charity event. Thousands of Poles attended his funeral in Gdansk today. Mr Adamowicz served as the mayor of his home city of Gdansk for 20 years and was well-known for his liberal views and as a critic of the anti-immigration policies of Poland's ruling party. 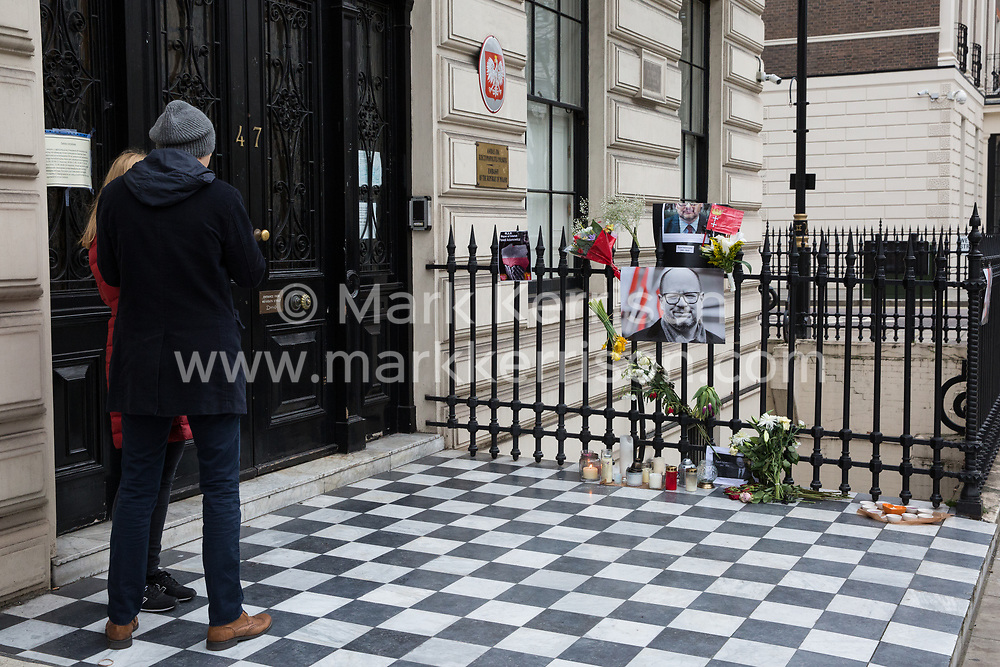